Kass O’Brien grew up in Erie, Pa. where her father owned a steel mill in a very monochromatic part of town. With the monochromatic surroundings, the artist found herself drawing imaginary plants and organic shapes in color. O’Brien studied at Cranbrook Academy of Art where she received her MFA in photography. Her work could be described as dark, and deals with modern architectural ruins comparable to the often gloomy atmosphere of Erie.

Ceramics came later in her artistic practice. Through ceramics, O’Brien found her childhood again when she started experimenting in clay. Whether it is seaweed that has washed ashore or a leaf that has fallen from a tree, she is inspired by the natural world and tries to transfer these moments into each piece. Throwing a pot is just once chapter. Appliquéing completes the story. 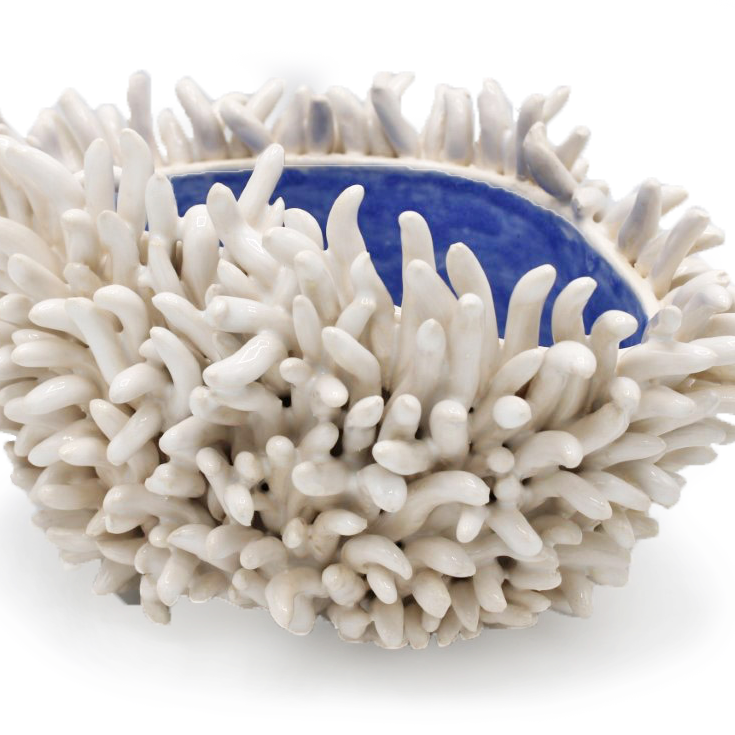 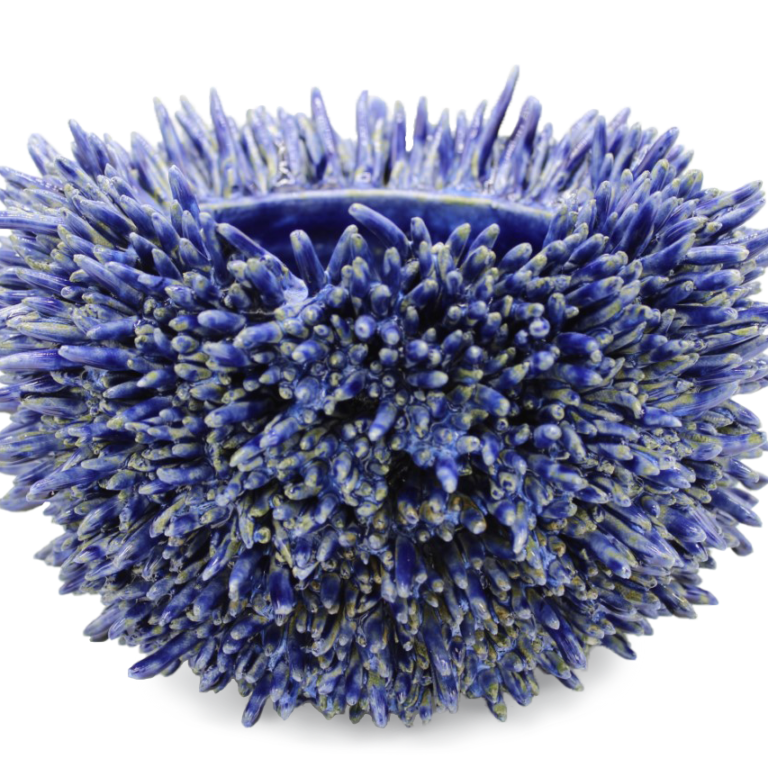 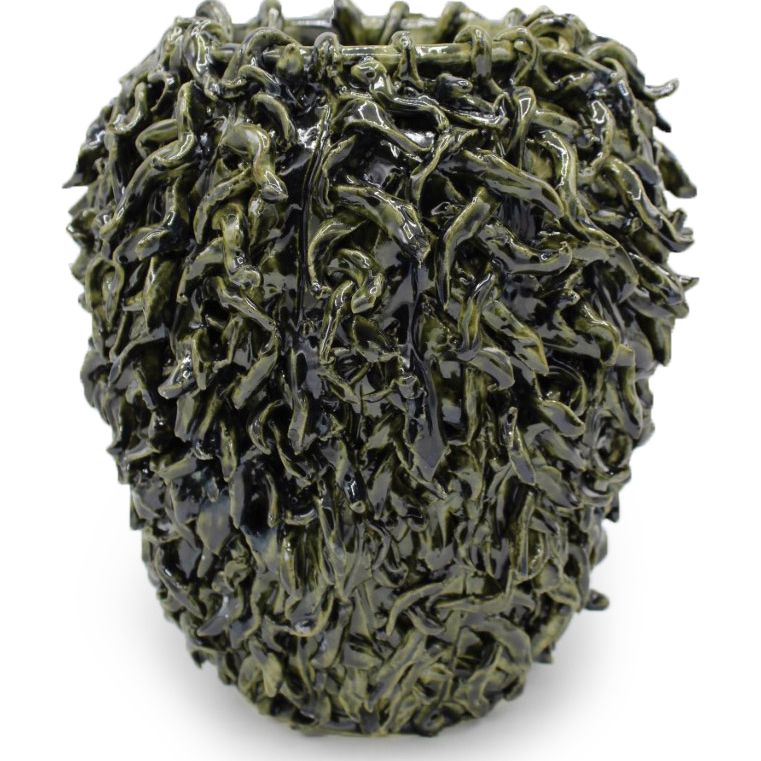 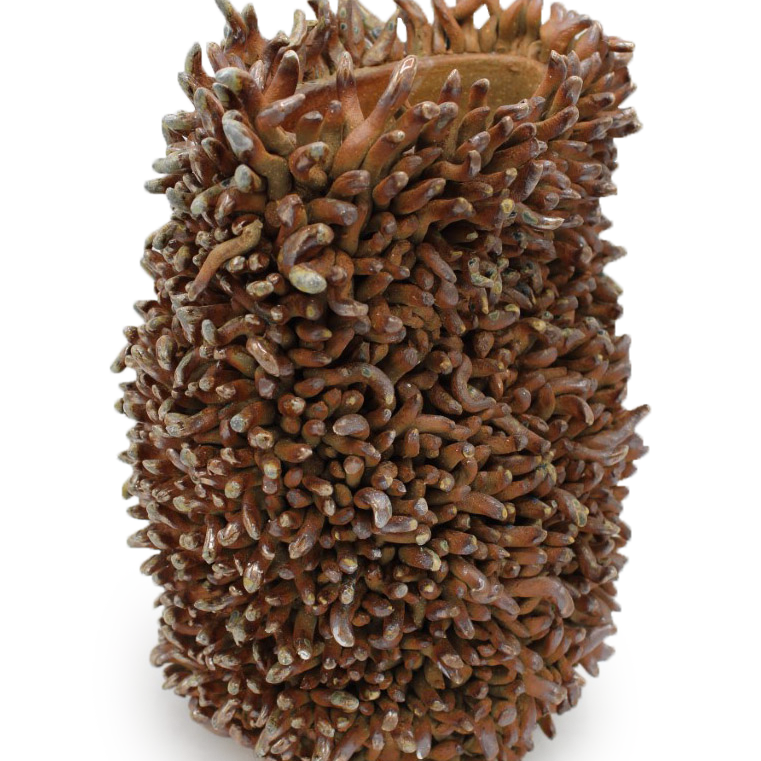 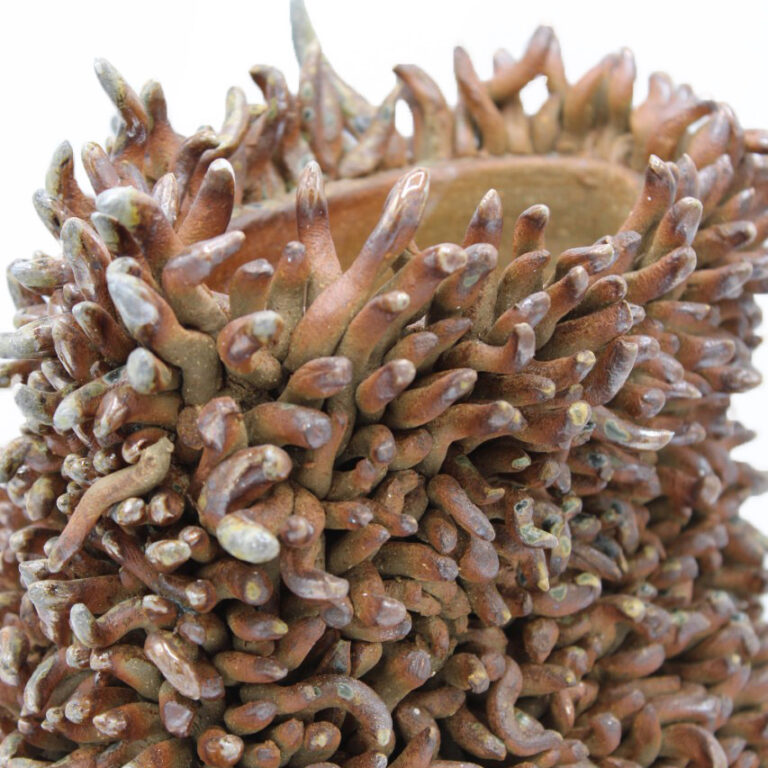 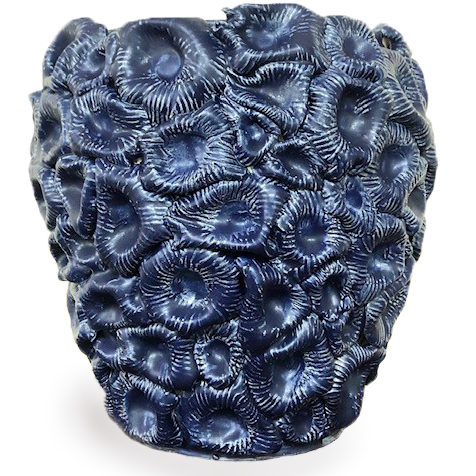 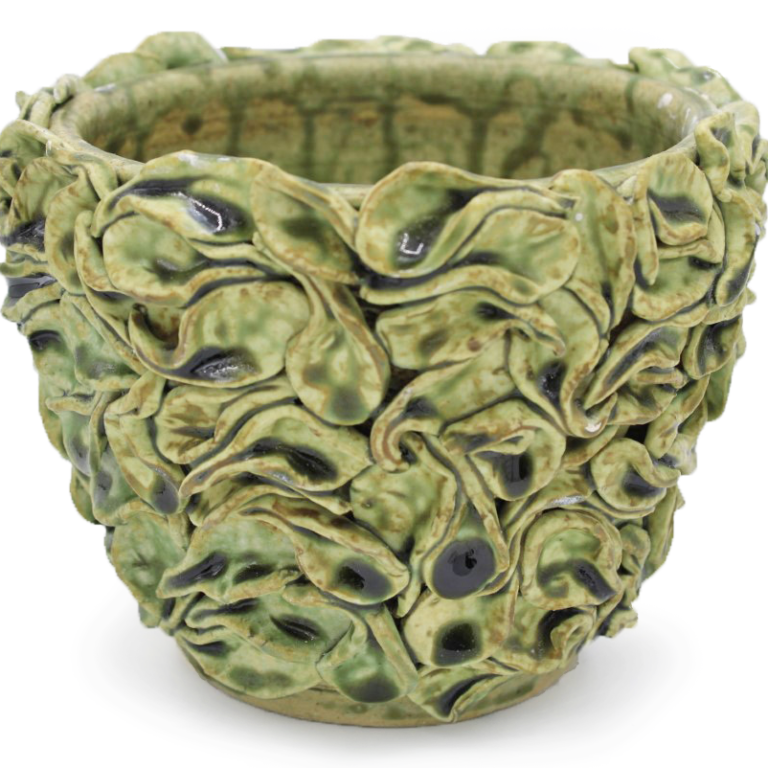 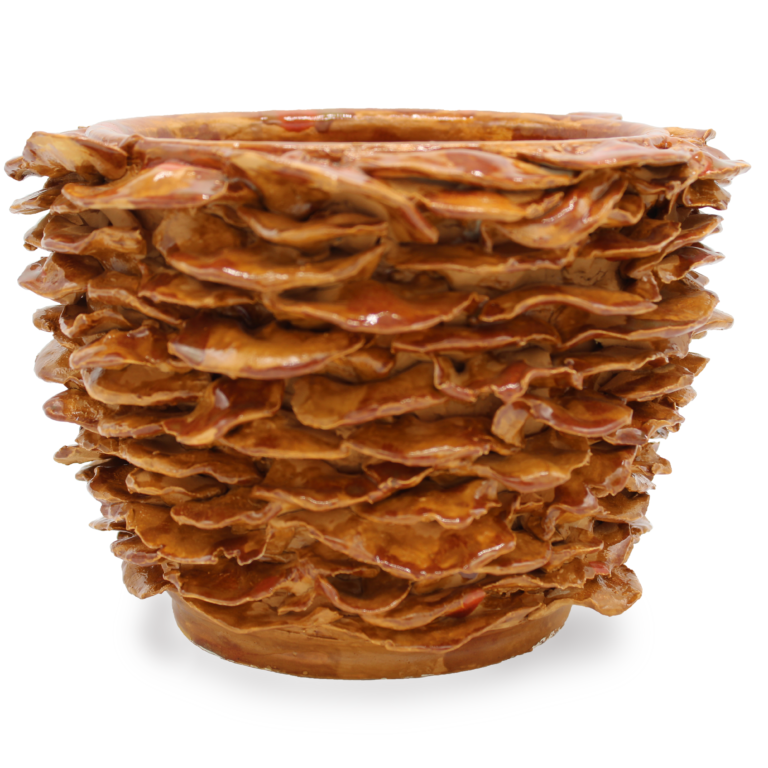 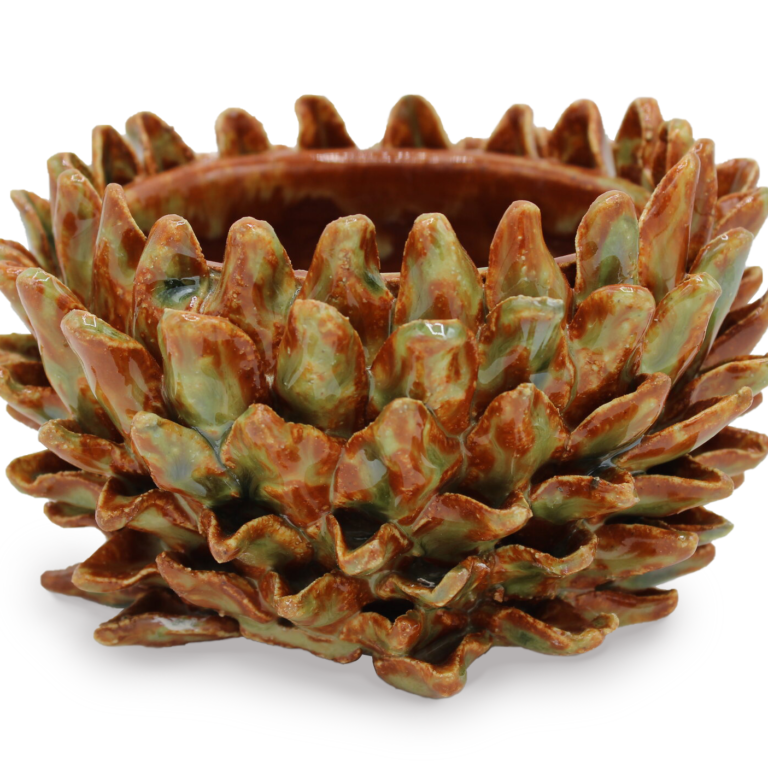 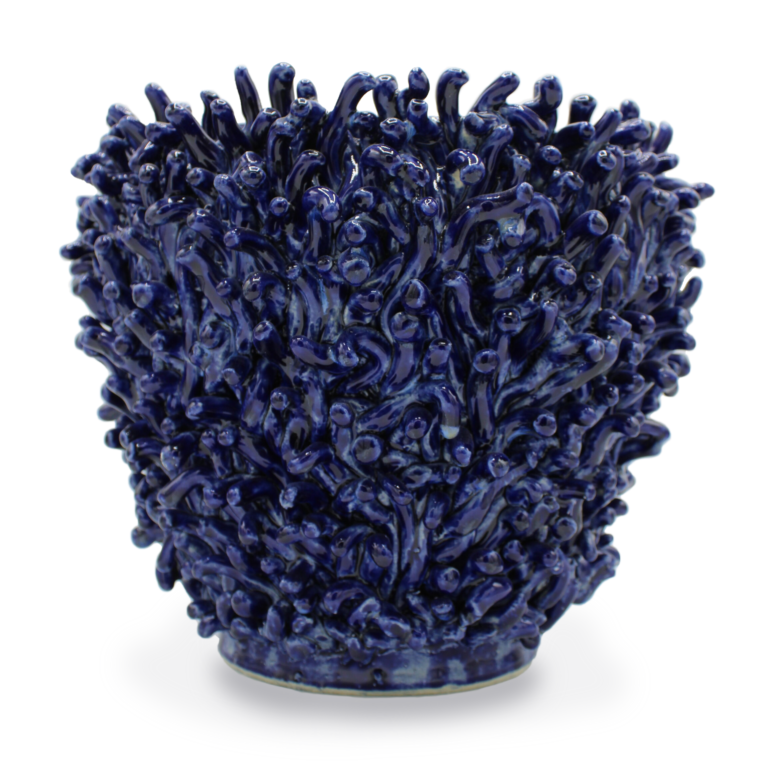