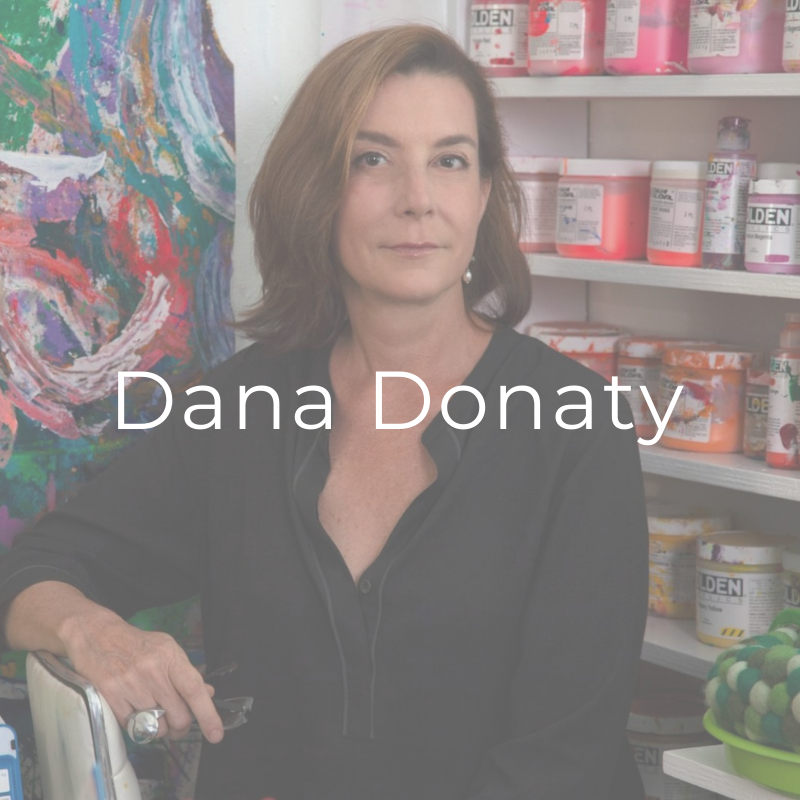 Dana Donaty utilized Studio 14 for a mural restoration project brought to her by the Delray Camera Shop. Panels from the “Observations” mural were painted and restored at Arts Warehouse before they head to their new location. You can read more about the project via her featured article on the CRA’s website. As part of the residency exchange program, Dana hosted her Exploring Pareidolia and the Artist’s Process workshops during her time here.

As a Colombian-American raised in New Jersey, Dana holds a Bachelor of Fine Arts in Drawing from Moore College of Art & Design in Philadelphia, PA. After living in London, England for twelve years she relocated in 2006 to Florida, where she now lives and works.

Her work explores the tensions between two worlds within the traditional American nuclear family, that of childhood and becoming a grown-up. With a cultural identity forged by family and friends gathering around television variety shows and news programs, Dana recontextualizes memories as content and medium into a new vocabulary to explore the self. Her intense color palette directly relates to the influence color tv had by making the audience feel like they were more ‘there’ and a part of her world. Color TV triggers imagination, raises curiosity and gathers millions around common themes. The collective experience of television and cartoons she explores summons the viewer to self-identify, creating a personal experience.