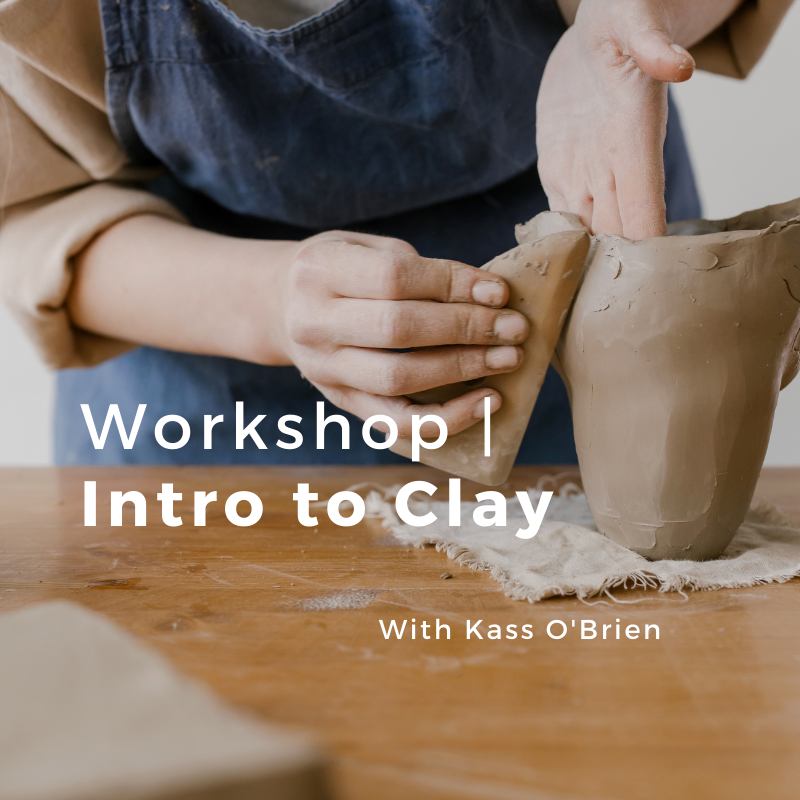 Test the “clay waters” in this workshop exploring the medium with resident artist Kass O’Brien.

This workshop is suited for beginners to clay, or intermediate artists looking for a two-hour refresh. No experience necessary!
Attendees will be guided through the varying ways to create with clay, including hand-building and throwing on the wheel. Kass will guide you through her techniques in order to create something unique as you “test the clay waters”. Students will select the glaze that will be used on the piece, once fired. And will be told when to return for completed piece pick up.

Intro to Clay is best for students ages 18+

All materials will be provided. This workshop is limited to 6 students.

Kass O’Brien grew up in Pennsylvania, spending much of her childhood fishing and sailing on Lake Erie. Kass’s mother was a docent at a nearby art museum, which sparked her curiosity for art. She became active in the art community as a teenager, and later went on to receive a BFA at the Columbus College of Art and Design and an MFA at the Cranbrook Academy of Art. Her style focused on urban decay, inspired by steel mills along the Great Lakes.

When she moved to Florida, Kass became inspired by the local scenery and began considering different mediums, like ceramics, to express her love of nature. Whether it is seaweed that has washed ashore or a leaf that has fallen from a tree, she tries to transfer these moments into each piece that she creates.