Movement of Time and Place 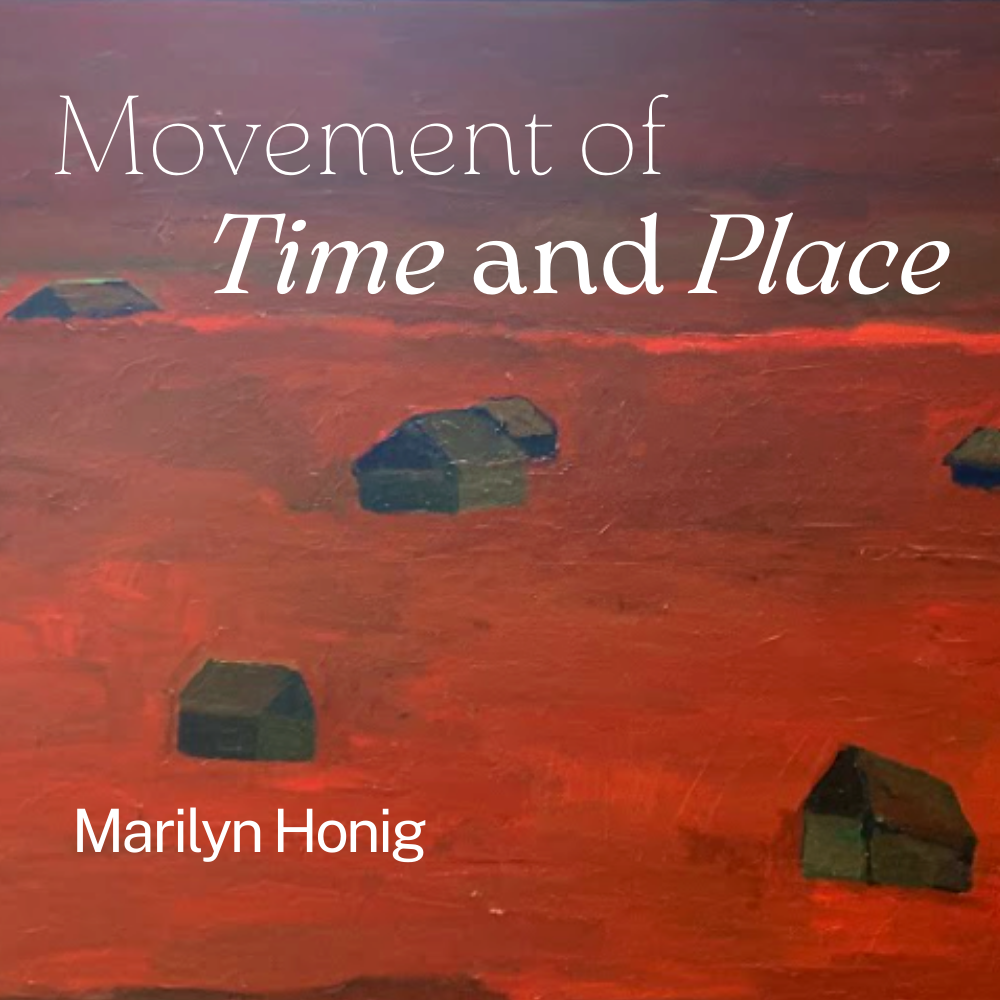 Marilyn Honig’s painting career began long before formal education, having painted since childhood in the 1940s. Her education and professional careers were later interconnected by her interest in art. She earned a master’s degree from New York University in 1981, and a Doctorate in Education from Columbia University in 1994. She studied color theory with a student of Joseph Albers, absorbing many of his theories exploring color relationships and the dimensional possibilities of pictorial space. As a gallerist, Honig owned her own gallery, Marilyn Honig Gallery, on E. 57th street in New York City from 1969 – 1994. Later she opened a gallery in Hopewell, New Jersey from 2007 – 2011 where she displayed her own work exclusively. Throughout her life, Honig worked in many styles of painting, experimenting until she developed her own voice. New ideas require new forms, resulting in infinite possibilities. A significant influence on Marilyn Honig’s work throughout her career is her environment.